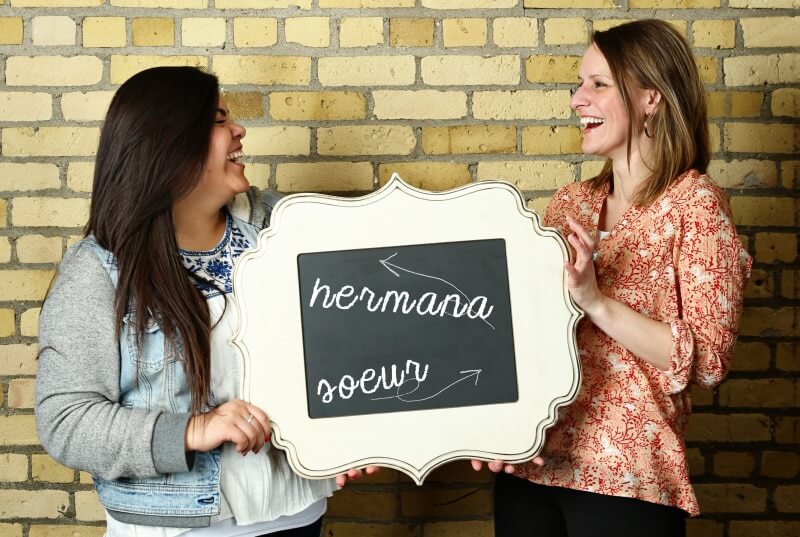 “Hermana!” That’s the first thing out of Erin’s mouth when she sees her Little Sister, Magali. It’s the first word of every postcard, text message, email and phone call between the two, and a reminder of nearly a decade of friendly teasing from Magali’s Spanish-speaking family. And Magali, who is learning French from her Big, fondly calls Erin “soeur.” In any language, they’re sisters.

Their sisterhood was born nine years ago, when Erin visited Magali’s house with a BBBS Match Coordinator to meet her Little Sister for the first time. Magali can barely remember life before her Big, but for Erin, the memory of their first meeting is as clear as ever. “We were standing in the living room, surrounded by her mom and sisters, and there was a big jumble of Spanish and English going on. And in the middle of the chaos was quiet little Magali.”

Since that day, Magali has blossomed. An outgoing high school senior with a bubbly personality, Magali says she has gained self-confidence just from knowing Erin believes in her. “She’s always saying that she sees a lot of potential in me. That means more than anything else,” Magali says.

As a high school teacher, Erin has always stressed the importance of a good education. Magali will soon become the first person in her immediate family to graduate from high school and go to college. “She makes it look easy but she has always accomplished so much,” Erin says. “It’s really inspiring to watch her life unfold.”

Over nine years of mentoring, the two have created several memories that showcase their “sisterhood”: teaching each other Spanish and French, shopping for a homecoming dress, serious conversations about the future, giggling over silly jokes. And their friendship continues to grow. Both hermanas say they can’t imagine a day when they won’t be friends.