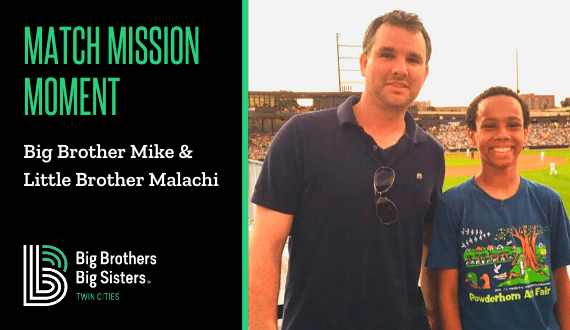 As a single mom, Quendy Raymond wanted to provide her son, Malachi, with a positive male role model in his life. So, in 2008, she enrolled Malachi in Big Brothers Big Sisters, beginning a 12-year relationship between Malachi and his Big, Mike.

Malachi clearly remembers his match introduction meeting with his Big, Mike. A BBBS staff member came to Malachi’s house to make the introduction. “We hit it off fairly quickly,” recalls Malachi. “I wanted to do things with him, learn from him. It was like a snowball effect. Every time I got more excited to see him.” 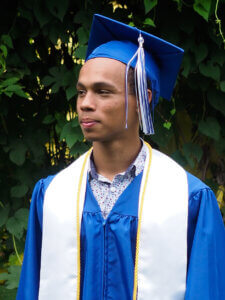 Early in their match relationship, the pair did activities that a 7-year-old boy would love – playing ball, fishing, mini-golf. As their relationship developed, their experiences developed too. “Within our own adventures, we created ongoing traditions and competitions that strengthened our relationship over time,” explains Malachi.

Mini-golf at Mall of America developed into an ongoing tournament; fishing outings grew into fishing trips, and every year the pair carved pumpkins for Halloween. A milestone in their relationship, Malachi recalls, was the first time he spent the night at Mike’s. “We had to abide by all the [BBBS] rules,” he explains.

As Malachi matured into a teenager, his free time became limited. The demands of high school made it increasingly difficult to get together with Mike. The pandemic added an extra layer of scheduling complexity during his senior year. Suddenly, it was time for Malachi to head off to college.

They were determined to maintain their relationship, so before Malachi left for Middlebury College in Vermont. both got tested for COVID-19 and quarantined so they could get together in person. 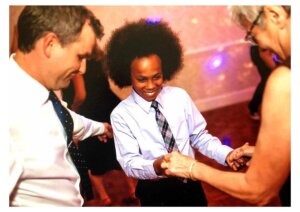 Instead of doing activities together, their focus today is on preparing Malachi for a successful future. “Instead of tossing a Frisbee, we have more serious conversations about my future,” explained Malachi. “Mike is teaching me how he bought a house, how he files his taxes, things I need to know as an adult.”

Malachi has grown from a boy to a man with Mike by his side. “When we first met, Mike drove a cool sports car. I remember having to sit in the car seat in the back. It was a big deal when I got old enough to sit in the front seat!” Mike remembers being so nervous the first time he had Malachi in his car; “I drove so carefully!”

The growth in their relationships goes both ways. Malachi watched Mike grow, too. Malachi and Mike had a relationship long before Mike met his wife, Lona, and observed the couple’s relationship grow just as his did with Mike. A few years later, Malachi and his grandma attended Mike and Lona’s wedding. “It was like having a 13-year-old friend at my wedding,” remembers Mike.

A few years ago, Mike shared with Malachi that he and Lona wanted to start a family. “Malachi asked, ‘Could I be a Big to your kids someday?’ I’ll never forget that,” recalls Mike. Today, Malachi is like a big brother to Will, Mike’s oldest son. “Will gets excited every time he sees me. It’s like I’ve come full circle,” states Malachi.

“Our relationship started as an individual connection,” said Mike, “but quickly developed into a broader community. That has been really impactful – being welcomed into Malachi’s community, his life, part of his family.”

Mike and Malachi’s match relationship highlights what can happen when a one-to-one relationship grows and develops over many years. The match’s individual connection expands to encompass family and friends of both the Big and the Little, creating a strong and supportive community that redefines the meaning of family.