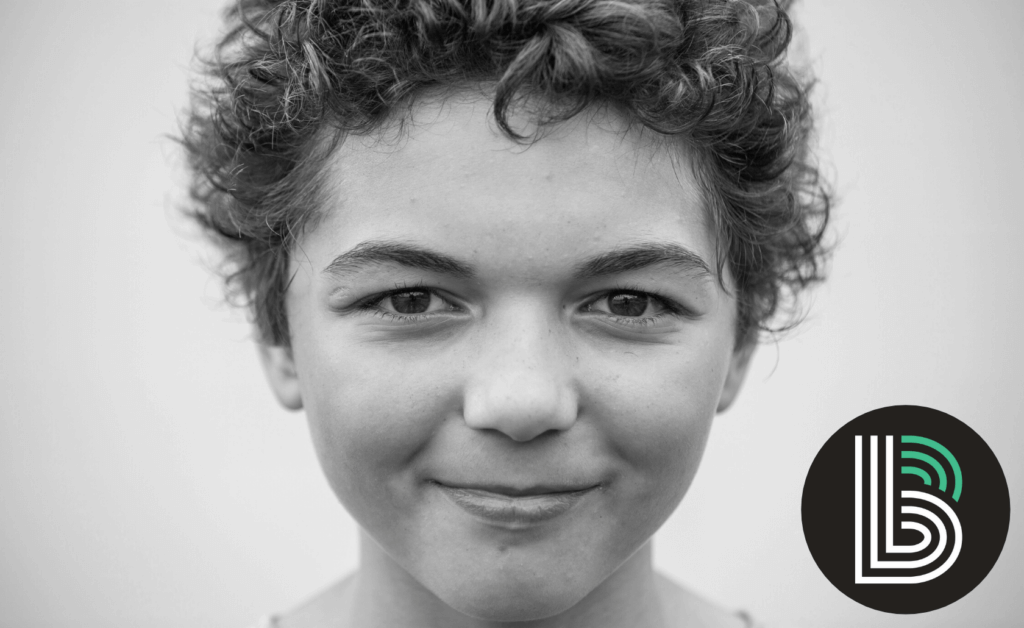 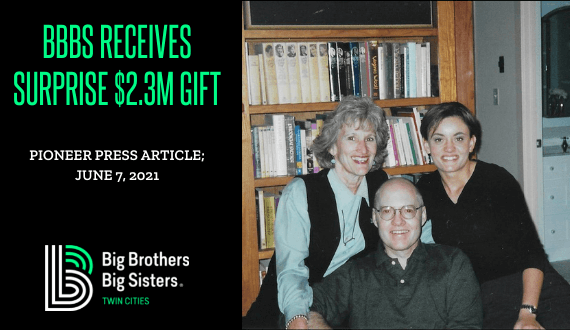 She and her three siblings were raised by their single mother in Columbia Heights, and the family occasionally had to go on public assistance. There weren’t a lot of extras.

Olson knew how important it was to have caring adults in her life. After she graduated from high school, she moved to California and started volunteering with Big Brothers/Big Sisters, the youth-mentoring program.

Through the years, Olson stayed connected with her “littles” and her “littles’” children. One “little” even named her daughter after Olson.

“Because she grew up kind of poor, with limited resources, she felt like she could make a difference in a young girl’s life just by being there for them and showing them that she cared,” Grant said. “Maybe they couldn’t afford much in their family, so she would sometimes buy them little gifts — nothing elaborate back then — or take them to lunch or to the beach. They would get to do things that they probably wouldn’t have been able to do otherwise.”

Olson died on Dec. 5, 2020. She was 71. A few months after her death, the Twin Cities chapter of Big Brothers/Big Sisters received a surprise bequest from her estate: a $2.3 million check.

“The gift will allow us to continue to thrive for the next 100 years,” Sukhum said. “A significant portion will be put aside to generate revenue for decades to come, truly living out Pamela’s legacy well beyond her years.”

The surprise gift was typical of Olson, who never wanted to draw attention to her generosity, said her best friend, Colleen Baldwin, of Green Valley, Ariz.

Her husband, Doug Olson, whom she met on a visit home to Minnesota in 1979, owned Olson Graphic Products in St. Paul. The couple married in 1981 in Redondo Beach, Calif.; he died of complications related to leukemia in 2006.

“If you met Pam or Doug, you would never have known that they had money,” Baldwin said. “They were the most unpretentious couple I knew. She was, truth be told, a little bit embarrassed about her money. I knew that she would leave a lot of what she had to charity just because that’s who she was.”

The remainder of her trust will go to the Saint Paul and Minnesota Foundation, which will distribute the money to local charities, said Grant, who lives in San Pedro, Calif., and is the trustee of her estate.

The Olsons, who lived in St. Paul’s Highland Park neighborhood, did not have any children, but were “very involved” in the lives of their nieces and nephews and helped pay for their college educations, Baldwin said. “They also help many of her ‘littles” children with things like school clothes, braces, bicycles, things like that.”

“Pam was a natural-born caretaker,” Baldwin said. “She was the peacemaker in the family, and she always wanted everyone to be happy. She was the one who kept the family connections going. She and Doug were both very generous spirits.”

Lesley Ryder, the daughter of Olson’s first “little,” Sharon Driver, kept in close contact with Olson through the years.

“Because Aunt Pam lived in Minnesota, our relationship grew out of letter writing,” she said. “In middle school, I went out to Minnesota to visit them for several days, and the relationship just continued.”

Pam Olson met Ryder’s fiancé, Doug, before they got married, and she was there on her wedding day. She visited them in Virginia after their son, Colton, was born.

Olson had a great laugh and a beautiful smile, and “her hugs were so tight that they hurt,” Ryder said. “There was nothing negative about Aunt Pam. She never had a negative word to say about anybody. She was amazing.”

Olson, an avid golfer, was a longtime member of Midland Hills Country Club in Roseville. She also enjoyed biking, hiking and traveling.
After Doug Olson died of leukemia, she moved back to California, but still maintained her home in Highland Park. She died at Kensington Memory Care in Redondo Beach of complications related to frontotemporal degeneration.

Olson would be thrilled to know that her surprise gift to Big Brothers/Big Sisters is going to make such a difference, said Baldwin, her best friend since first grade. 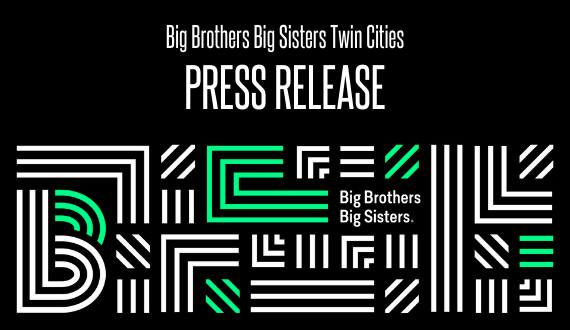 [Minneapolis, MN] May 24, 2022 — Big Brothers Big Sisters Twin Cities (BBBSTC) announced today that it received an unprecedented $6 million donation that will allow the organization to transform […]