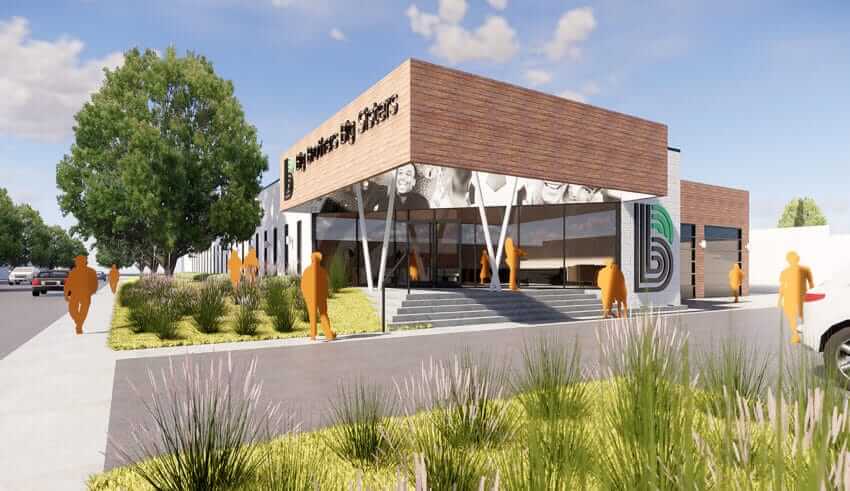 Growing nonprofit says new Minneapolis site will allow it to extend its reach.

The century-old Big Brothers Big Sisters Twin Cities is getting a new home, moving across the river to its own space after closing on a north Minneapolis office last week.

The new headquarters, scheduled to open in fall 2020, comes at a time when the nonprofit is growing, boosting the number of children and teens it serves and adding a new program this summer.

“We’re excited to be in north Minneapolis,” CEO Michael Goar said. “It will enable us to do a lot more.”

The building, off Washington and Lowry avenues near the Mississippi River, will mark the first time the nonprofit will own its own space since the St. Paul and Minneapolis agencies merged nearly two decades ago and moved into a leased office off University Avenue in St. Paul.

The nonprofit also wanted to be closer to the families it serves, since north Minneapolis is the one of the top neighborhoods where mentees live. The new, larger space will allow the organization to add a community space and more collaborative working areas to be more of a mentoring hub.

It’s part of a changing area of Minneapolis, near the proposed Upper Harbor Terminal project, a 48-acre redevelopment of an industrial stretch along the Mississippi River that could include an amphitheater, hundreds of housing units, new park space, retail and possibly a hotel.

In January, Big Brothers Big Sisters launched a $5 million capital campaign to buy and renovate the $1.6 million, 18,266-square-foot building, which is much larger than its 11,000-square-foot office in St. Paul.

The nonprofit worked with real estate firm Cushman & Wakefield and got pro bono legal help from Ballard Spahr. By owning its own building, the nonprofit will save half a million dollars in rent over five years, Goar said.

There are also Big Brothers Big Sisters agencies in southern Minnesota and central Minnesota, but the Twin Cities agency is the largest in the state and the fourth-largest in the country.

While Big Brothers Big Sisters agencies nationwide have seen a decline in volunteers and mentoring, the Twin Cities agency has grown, serving nearly 3,800 clients in 2018 — almost double the number of young people in 2015. About 500 are on a waiting list.

In July, the nonprofit will add a new program called Graduation Coaches, which previously was with AchieveMpls. The program, which launched in 2012, provides volunteer coaches from business and other sectors to mentor high school students in the Minneapolis Public Schools.

“We’re excited,” Goar said. “We constantly make sure we’re constantly being innovative and serving more kids in our community.”