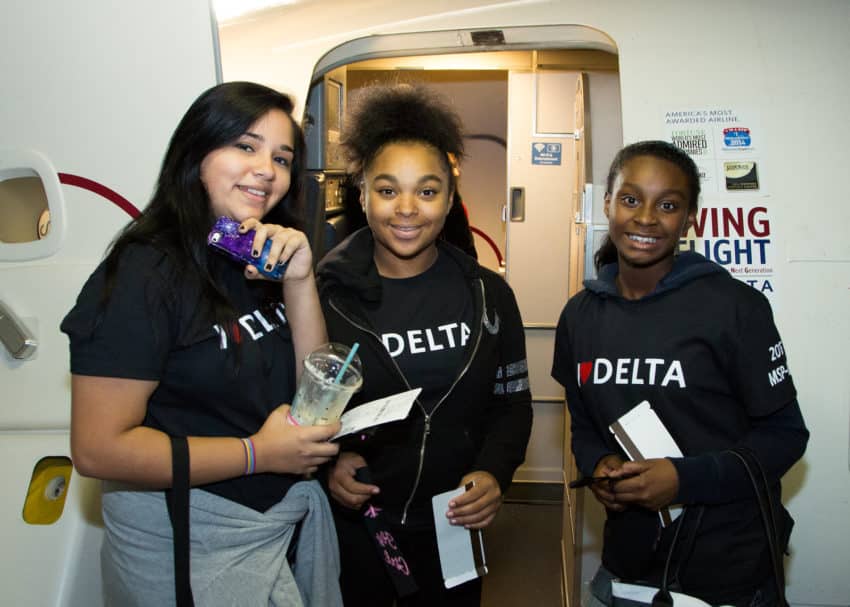 On September 26th, Delta Air Lines invited three Little Sisters and one Big Sister to Delta’s inaugural Women Inspiring our Next Generation (WING) Flight.  Delta whisked away more than one hundred teenage and pre-teen girls from Minneapolis on a jet to the Museum of Flight in Seattle, Washington to learn all about the opportunities for careers in aviation. 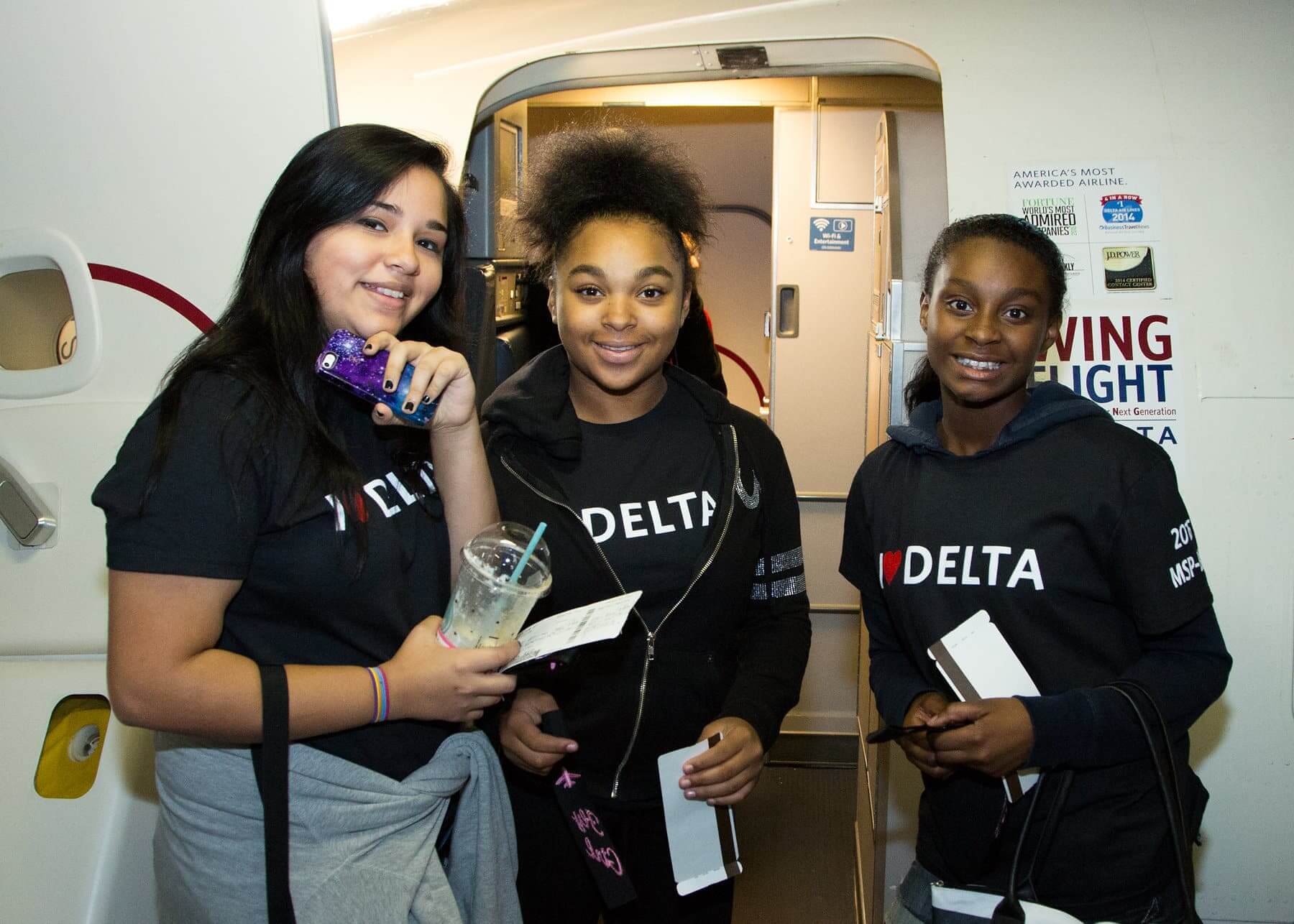 Little Sisters ready to board the first WING flight!

When Little Sisters Alonna, Madison, Amaria and Big Sister Paige arrived at MSP, a number of female pilots, dressed in full uniform, were waiting to greet them. The pilots accompanied the girls on the flight and answered questions about their exciting careers in aviation. 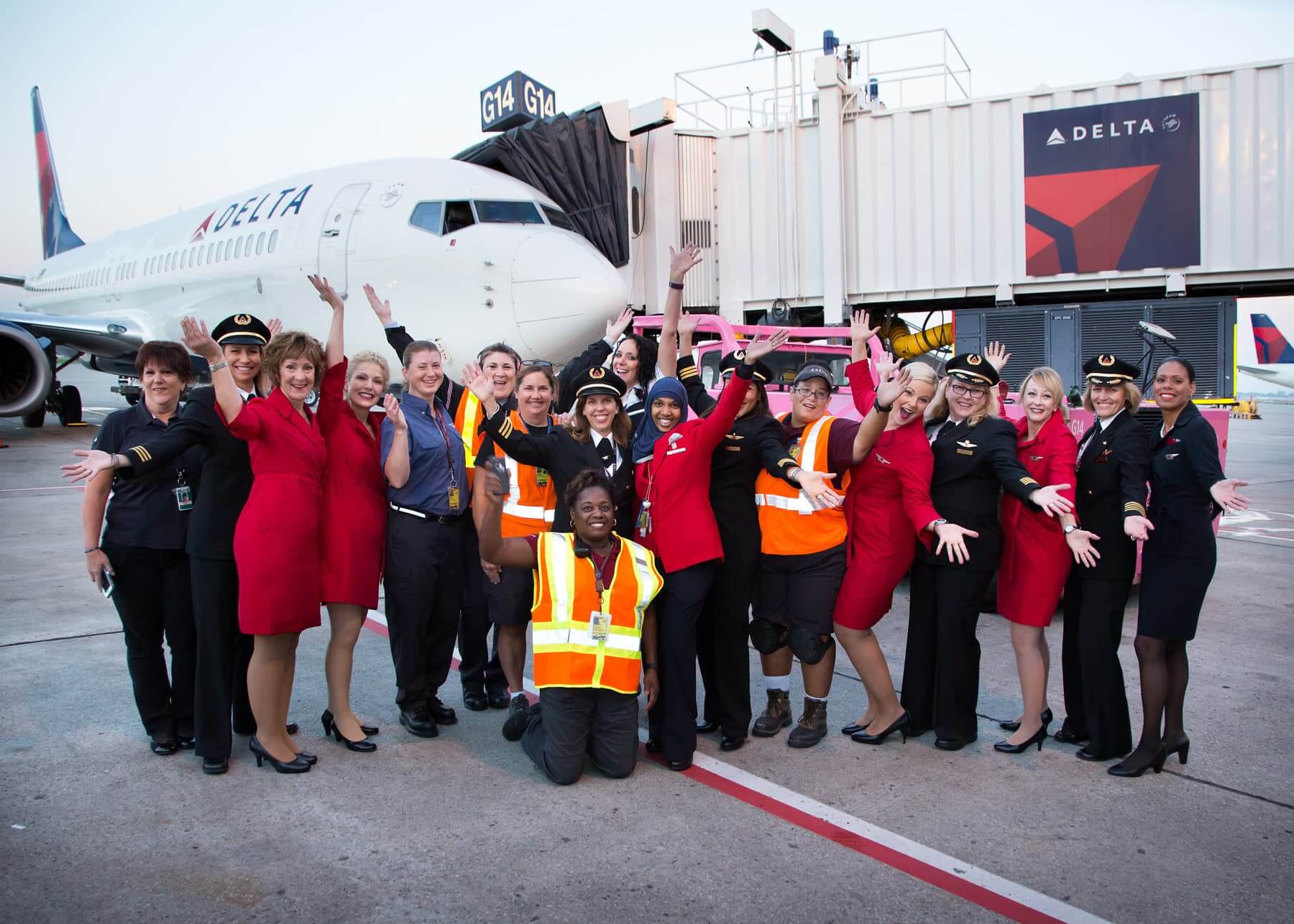 It often seems as though the majority of people running the show at the airport are men. However, Delta made sure that every person working with the WING flight was female, from the pilots, to the flight attendants, TSA agents, ground control, and air traffic control. 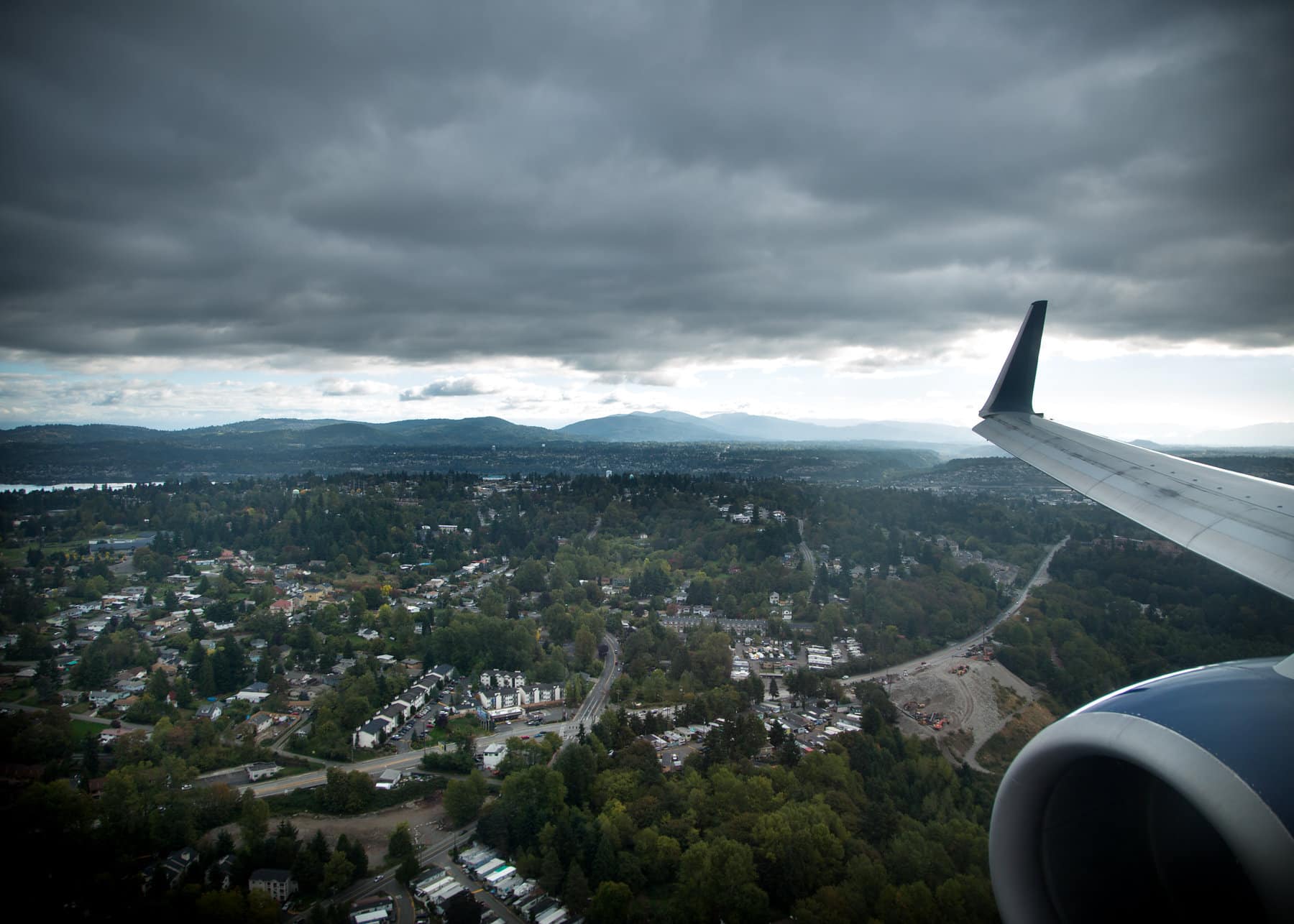 The view from take-off

The flight itself was a thrilling journey for the Little Sisters since they had the opportunity to travel to a new state and see unfamiliar sights from great heights. But the journey wasn’t over once the plane landed!  Delta and the Museum of Flight planned an exciting day; chock full of thought-stimulating activities and once-in-a-lifetime experiences.  The Littles and the other WING participants climbed into flight simulators and practiced their barrel rolls, perused aircraft exhibits, and viewed a 3-D movie about space and the quest for human exploration on mars. 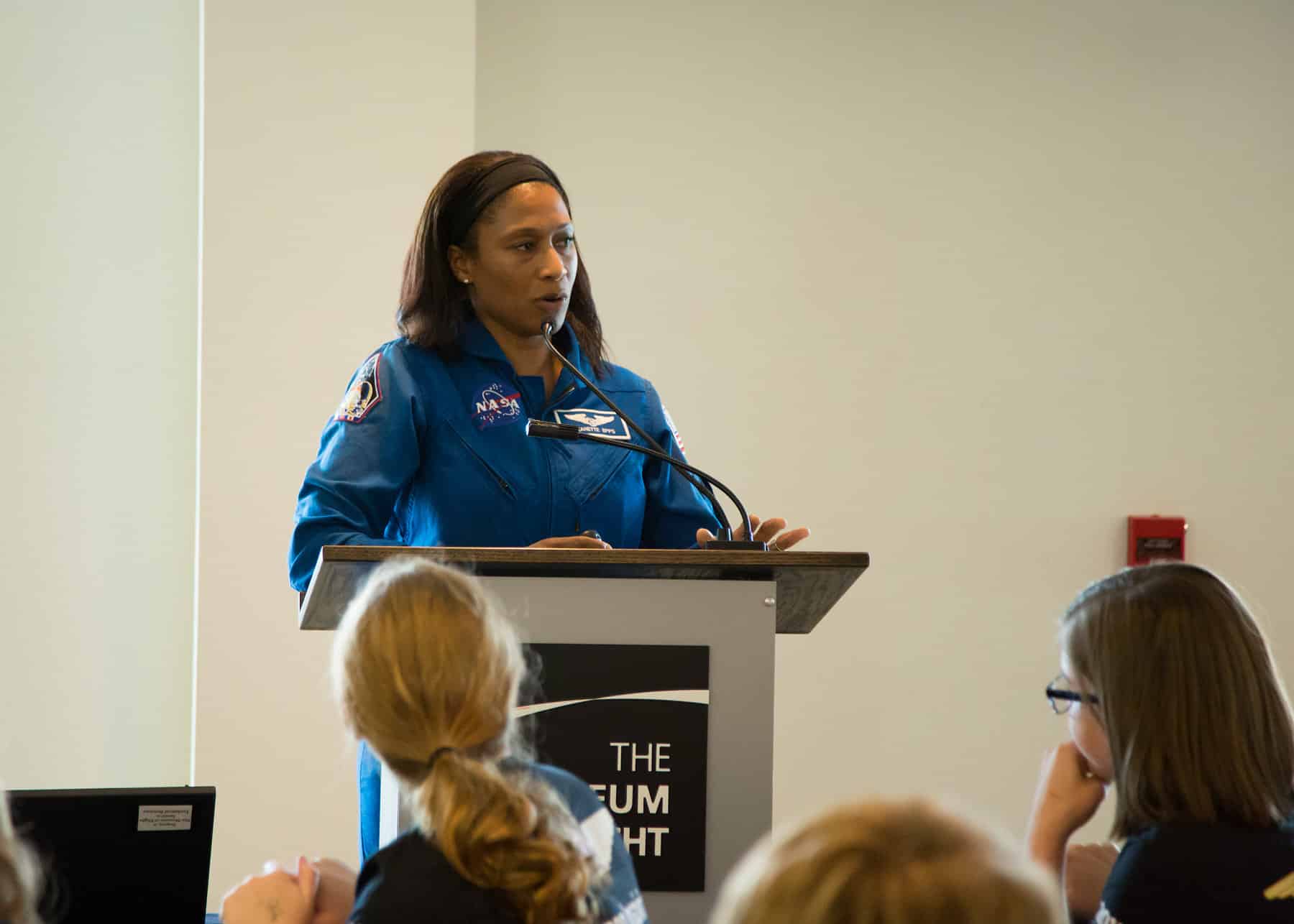 Professionals in Aviation chat with the group 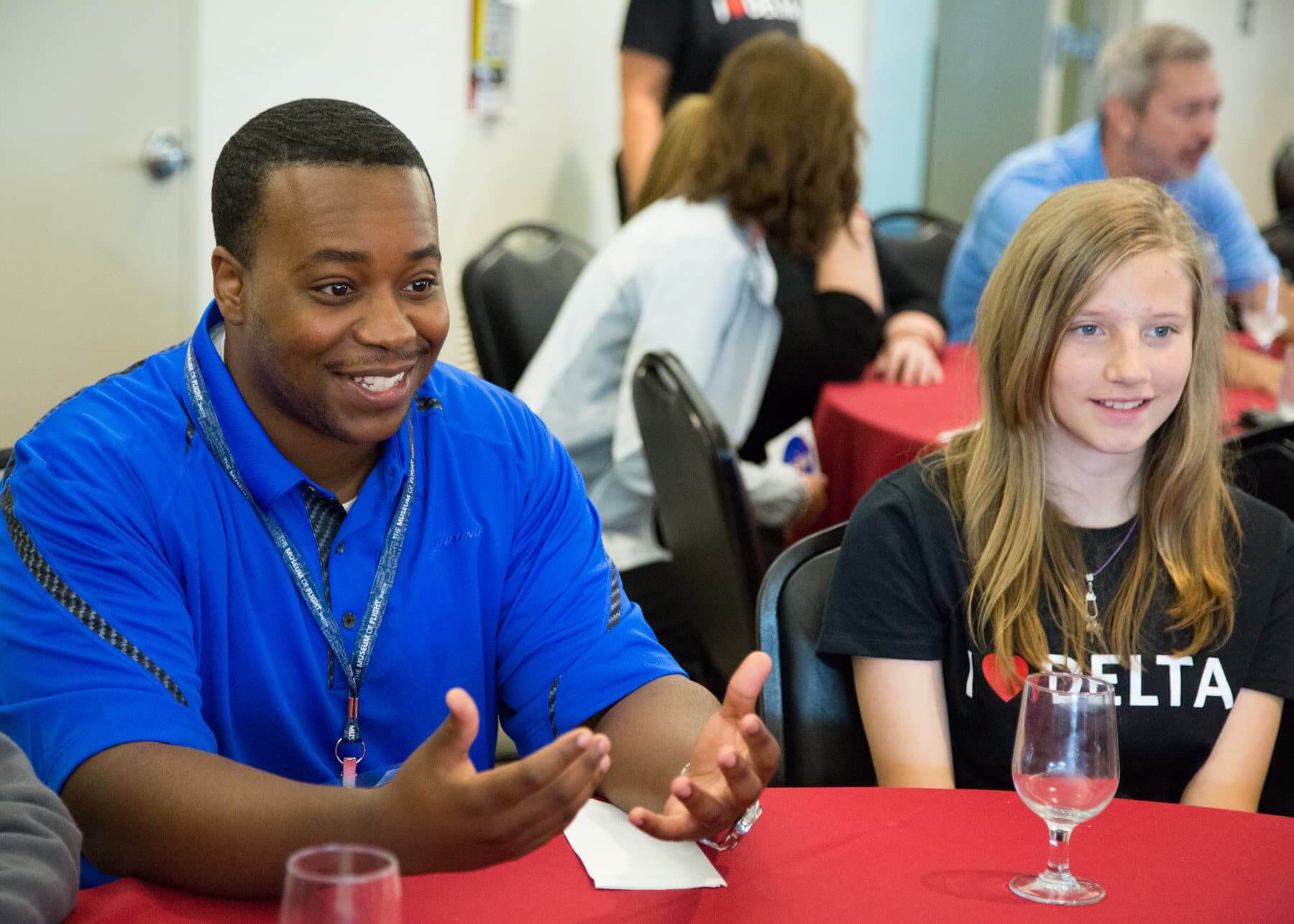 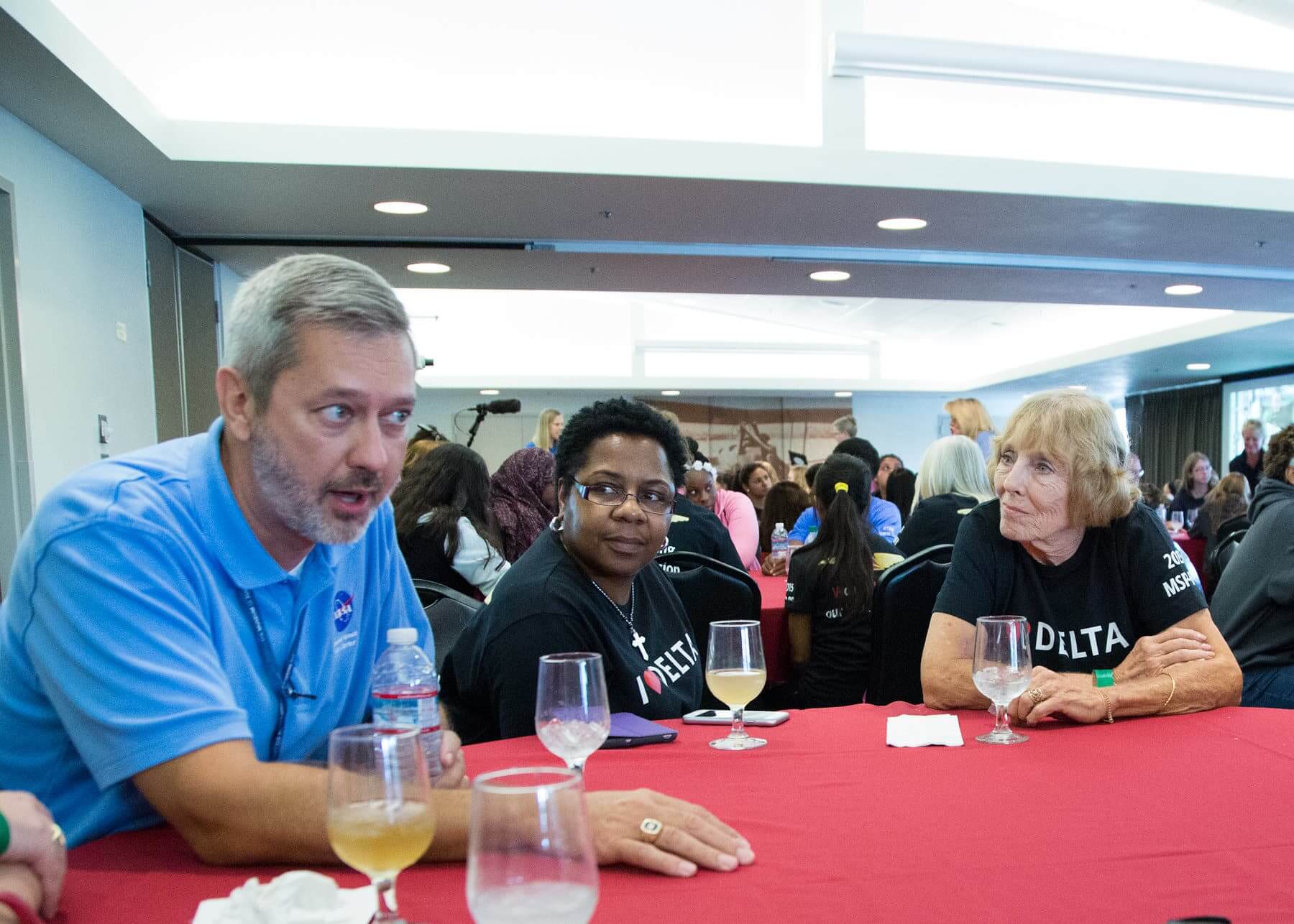 Delta also arranged for professionals within aviation visit with the participants to have more personal conversations about flight and the girls’ interests.  For the first time, the Little Sisters in the BBBS program got to hear about driverless cars, the incredible future of 3D printing, and they got the chance to speak to a woman who had been in space three times! 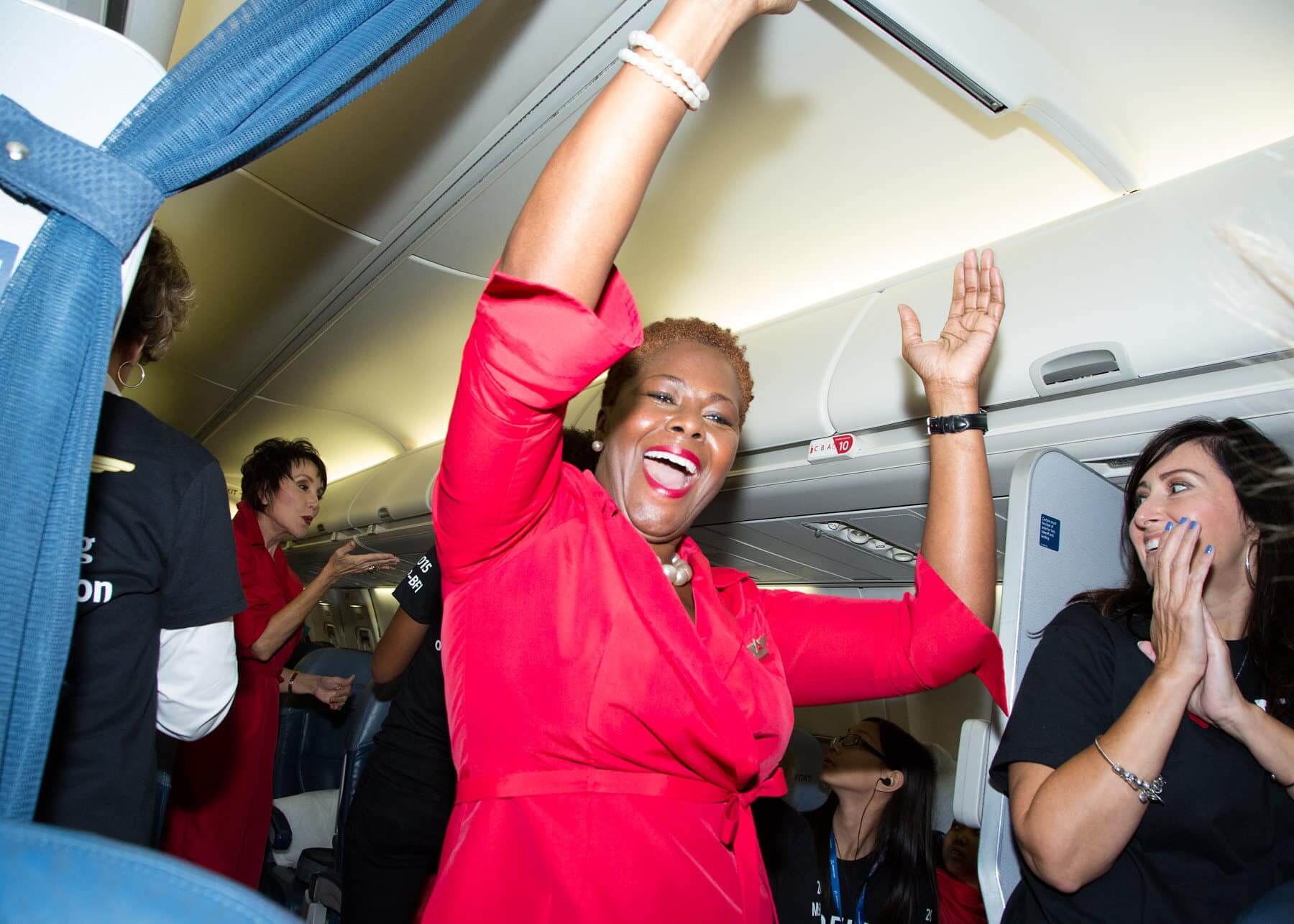 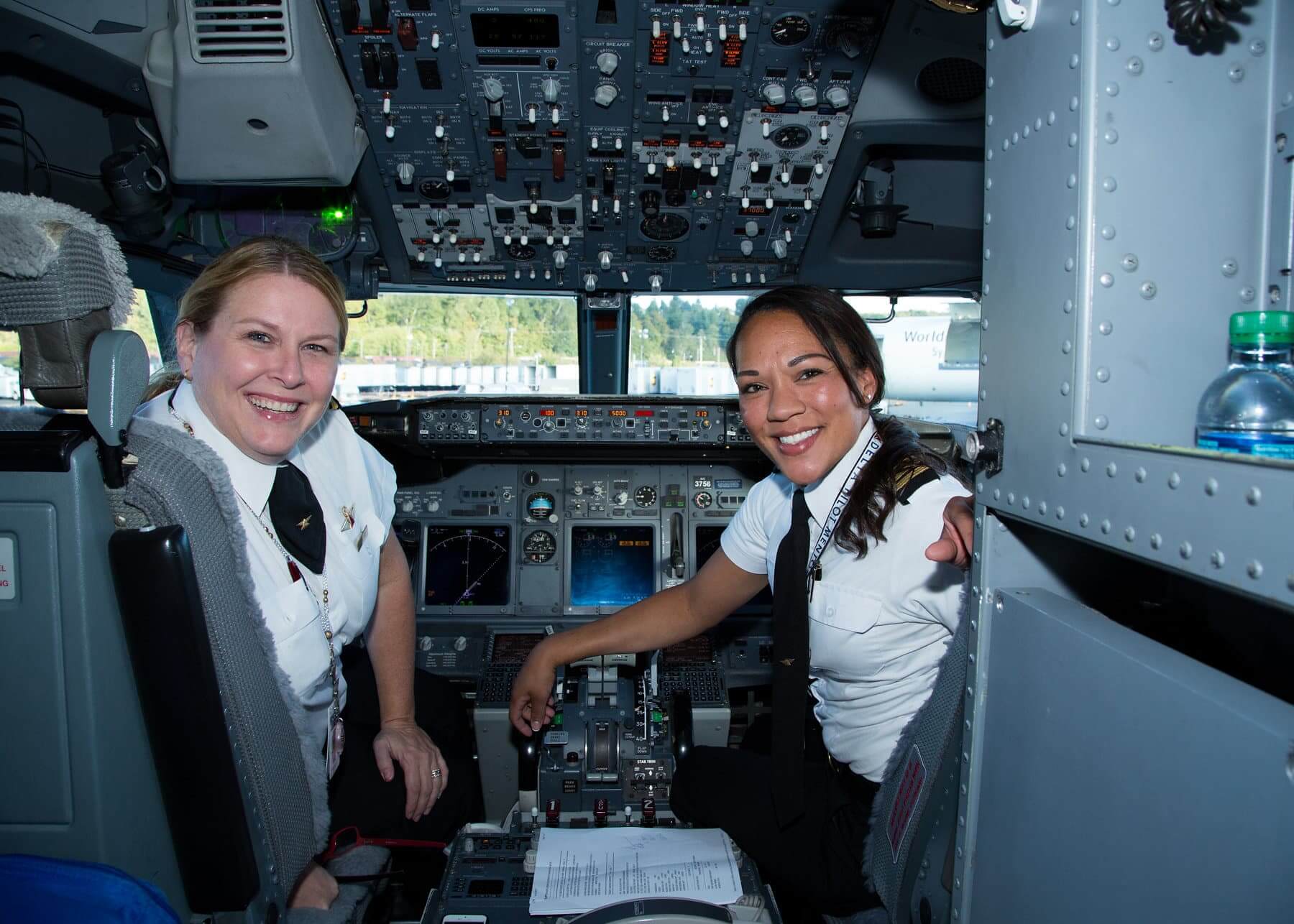 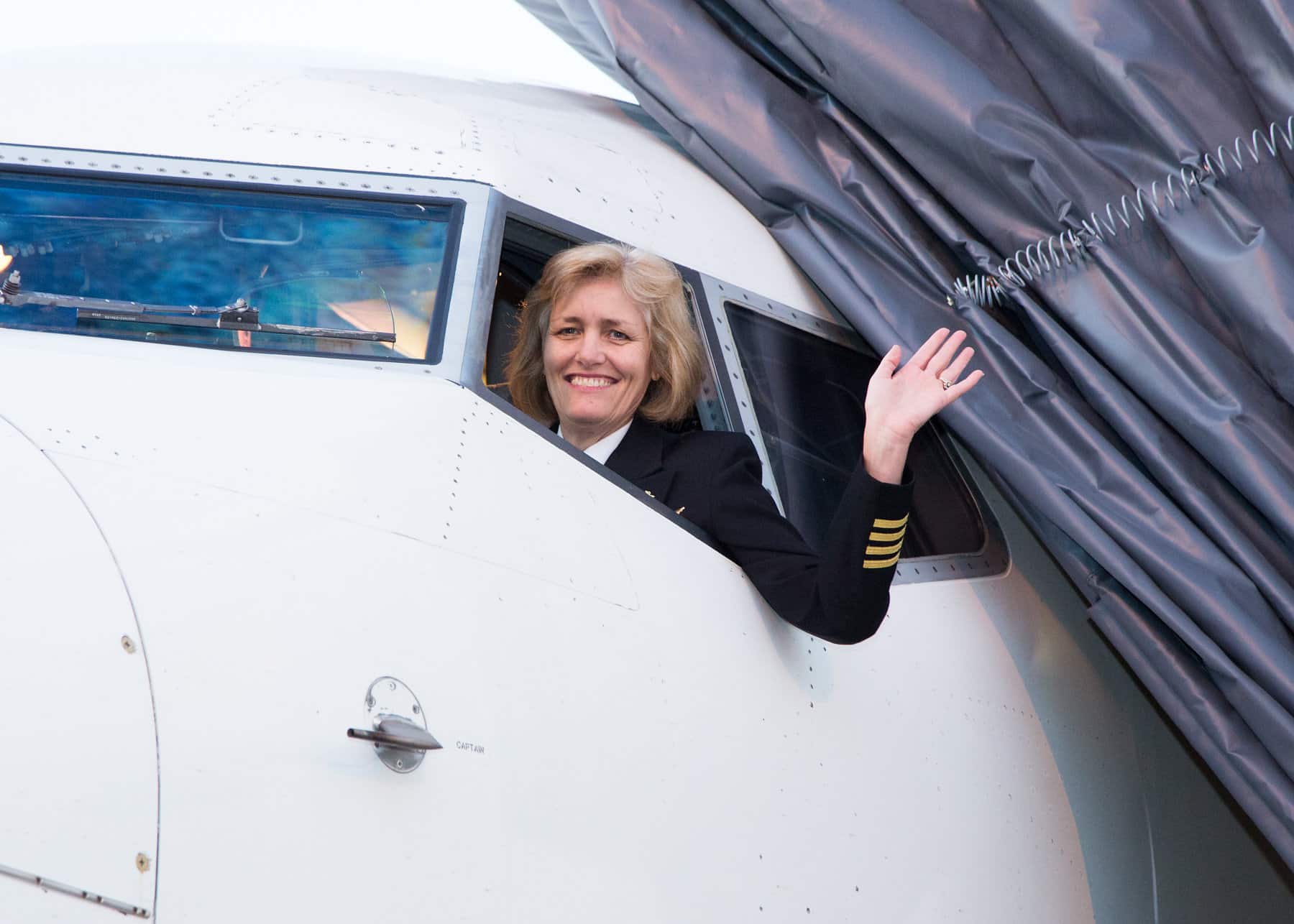 After a long day in Seattle, the WING group booked it back to the airport for a night flight (once again run by all women) back to Minneapolis. Before this adventure, it’s possible that the Little Sister participants may not have given a future in aviation much thought, but this experience was nothing if not inspirational. The excitement shone on their faces and through the questions they posed to the aviation professionals. While others were dozing off on the ride back home, the Little Sisters conversed excitedly about which career in aviation they would choose. 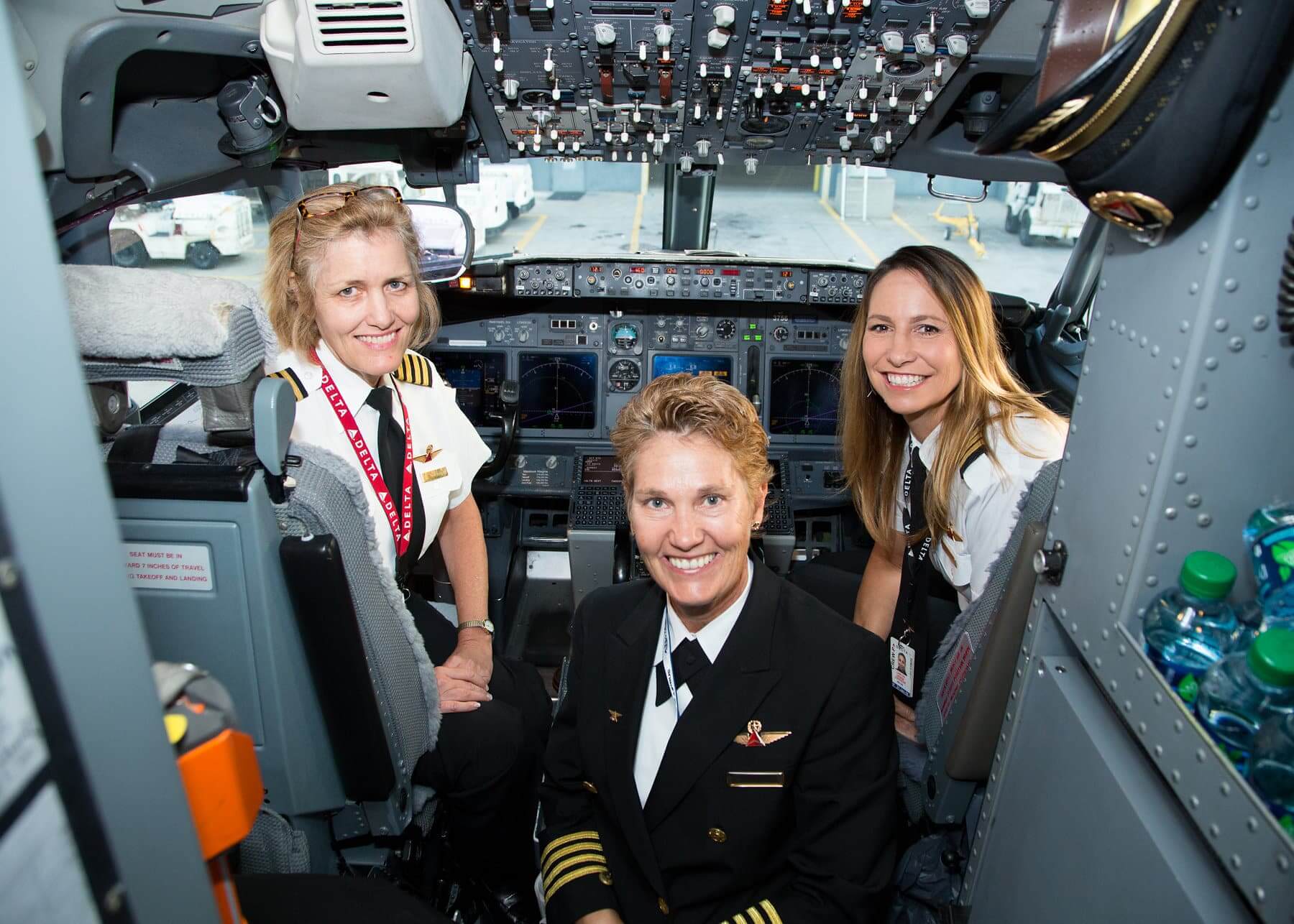 While there’s still plenty of time for the Little Sisters to figure out their future schooling and employment, it’s safe to say that the WINGS flight experience that Delta provided was unforgettable. An experience that is sure to stick with them, because as Delta demonstrated, girls can do anything! 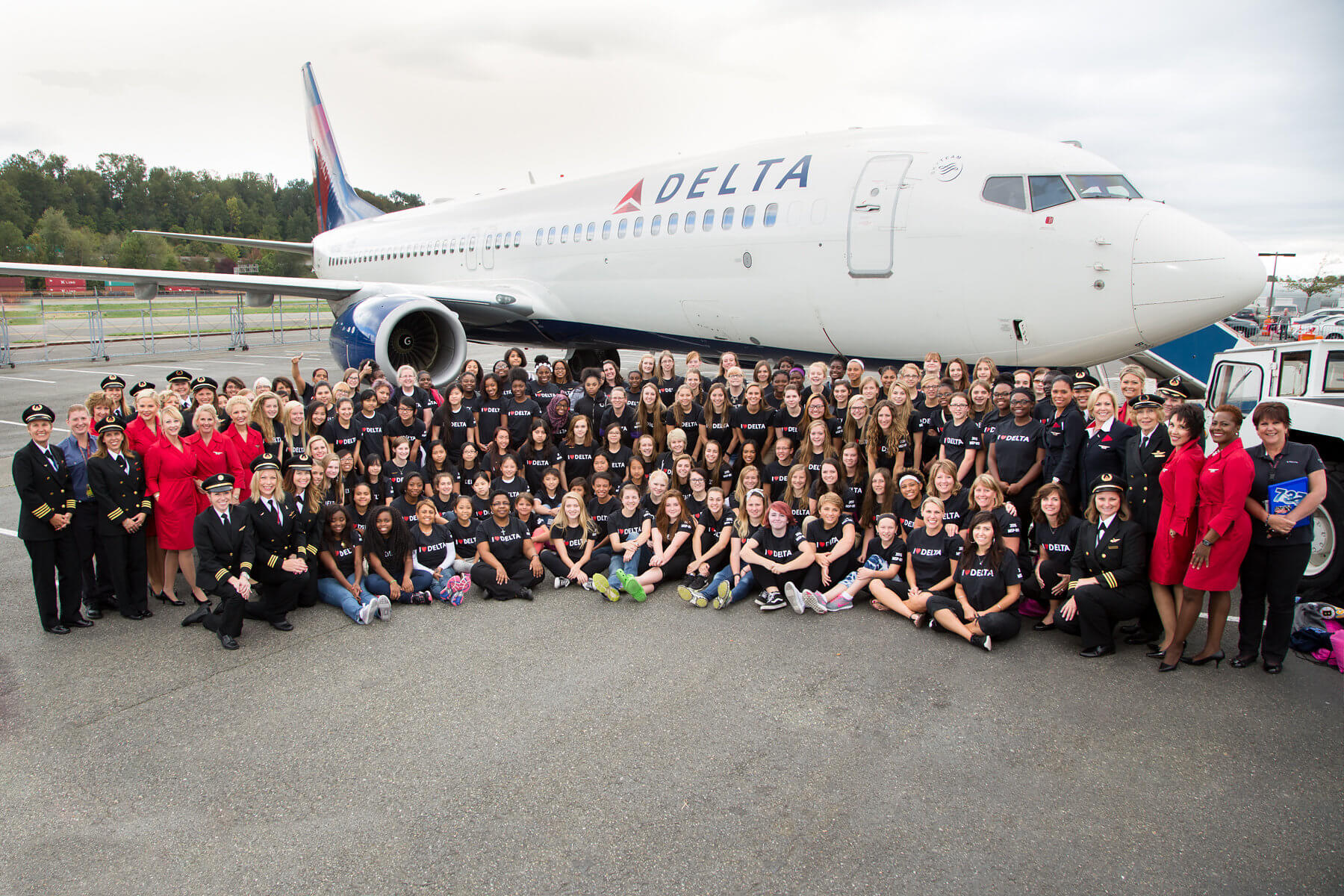 A picture of the whole group!

Check out more pictures of the day by visiting our Facebook Page!